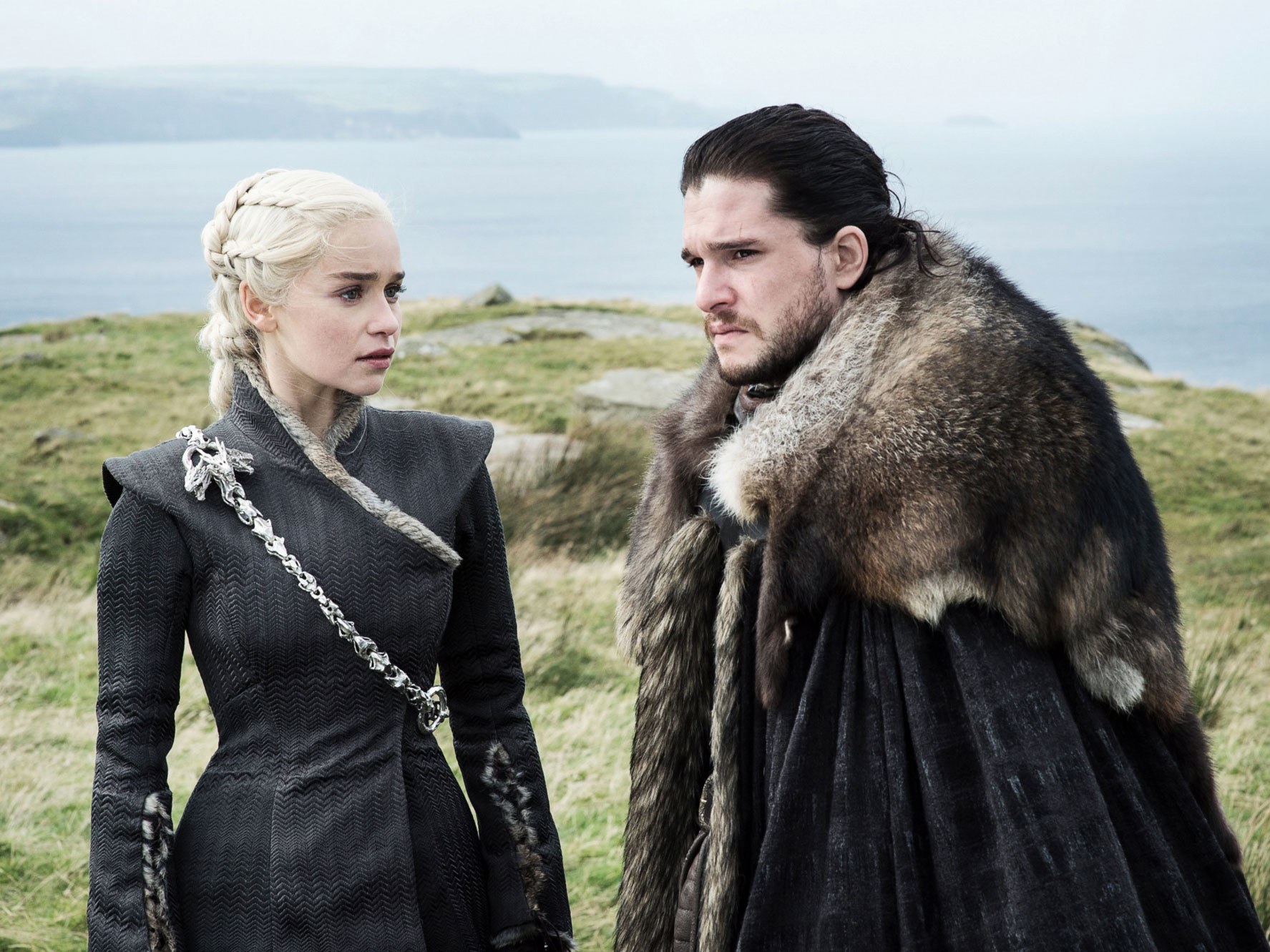 Deanerys Targaryen and Jon Snow from Game of Thrones.

Swedish nazi organisation believe Game of Thrones to be a Jewish conspiracy to weaken European men.

The Nordic Resistance Movement is the biggest nazi organisation in Scandinavia. It has national branches in Finland, Norway and Denmark, but was founded in Sweden where it is much larger than in the other countries combined. The organisation has won notoriety over the last two decades with murders, terrorist attacks, violent marches and multiple assaults on minorities and people who speak up against them.

A less known activity of theirs is analysis of movies and TV-series. Under the headline “Game of Thrones — epic adventure or subversive Jewish propaganda” they look at the immensely popular fantasy show which has just started its eighth and final season. They look at it through nazi lenses however.

Feminism and “heartless satanic neoconservative propaganda
The important role of women, both as leaders of empires and on the battlefield, is a tough one to swallow for Axel Eriksson, the far right culture critic and writer for the Swedish nazi website Nordfront.

“The most prominent political message that Games of Thrones propagates is without a doubt feminism. The series is awash with women who are better better warriors then the best of the men.”

Another source of annoyance for Eriksson is Daenerys Targaryen. He tells us that she “betrays the men she bargains with, crucifies and burns innocents” and just before the last season started she also “facilitated mass immigration”.

He goes on writing that “it is telling that Daerenys is more or less an outspoken democrat”. In the words of the Swedish nazi the most accurate way to describe this is “heartless satanic neoconservative globalism”.

Lots of sex scenes, breasts, faggotry, incest, torture, suggestions of necrophilia… Game of Thrones is full of decadence. You do find this kind of content in the books but it’s much less prevalent.

Portrayal of any relations that are not monogamous is problematic for the extreme right group. Repeated complaints that the makers of the TV series — who have far surpassed the plot of George R.R. Martin’s fantasy book series A Song of Ice and Fire — have taken certain liberties and are not more faithful to the text of the author, follow throughout the article. The fact that there is more sex and that less of it is monogamous and heterosexual points in the direction of Game of Thrones being a Jewish conspiracy, we are told. The same goes for the presence of the White Walkers.

The viewer might associate white with bad, Eriksson tries to convince the reader. He also feels that the White Walkers’ burning symbol resembles a swastika, hence giving us the subliminal message that nazism is in fact not of the good.

All this aligns with their belief that evil Jews are plotting to make non-Jewish white men meek and submissive through exposing them to feminist, homosexual and multicultural propaganda.

Three out of five Týr runes to Jewish propaganda
The right-wing TV-series aficionado is clearly more into Martin’s books, but he does not think Game of Thrones is total garbage. The makers of it are Jewish and “the author is probably a quarter Jew”, however he reassures us by informing that this “has not affected his writing in any way worth mentioning, and it does, by the way, qualify him for citizenship if one is to follow earlier prominent national socialists’ highly regarded standards”.

Through the eyes of a nazi there is obviously quite a lot in Game of Thrones that could have been better. It is “a foul painting that has a damn beautiful and epic frame”. Despite this he does not hold back all the týr runes (Týr is a god of war in ancient Nordic mythology who has his own letter — a rune — to his name, which is also the symbol of the nazi organisation). “On a good day I will give it three out of five Týr runes, though I will give it two out of five on many more days”.

And just in case all of this has left you wondering, Axel Eriksson has endured seven full seasons of “heartless satanic neoconservative globalism” and “feminist Jewish propagada”, and he will go at it for yet another one.